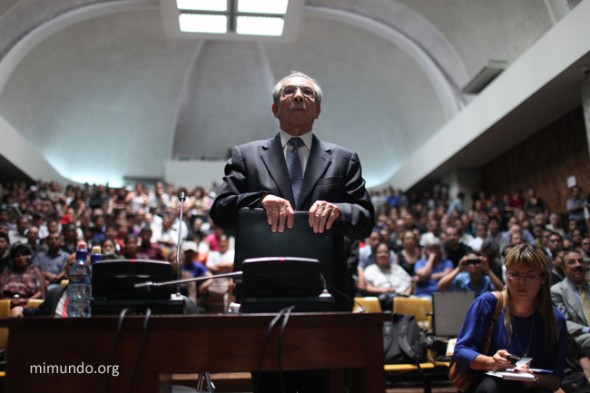 On the 26th day of the historic Genocide trial against former de facto head of state Efrain Rios Montt and his Head of Intelligence Jose Mauricio Rodriguez Sanchez, the prosecution and defense gave their closing statements and the main accused, Rios Montt, finally declared. 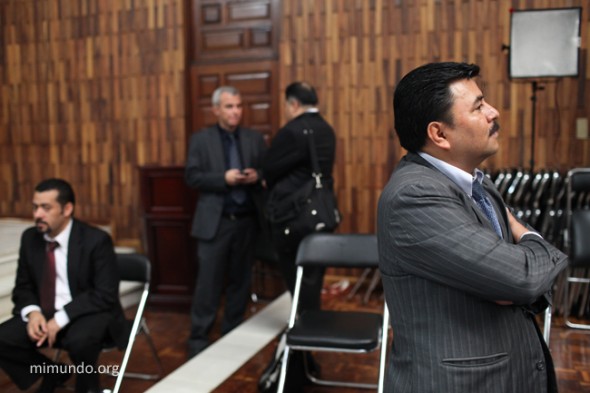 The prosecution lawyers await for the start of the proceedings. 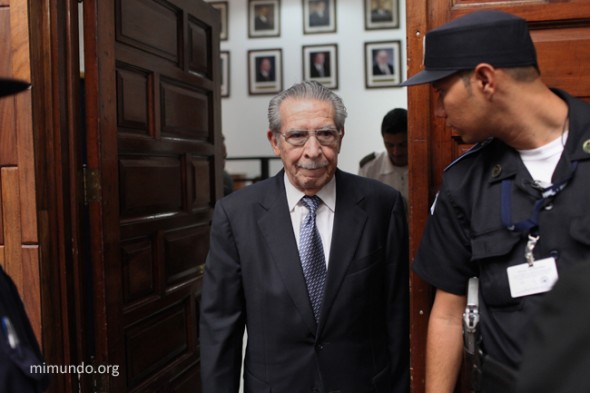 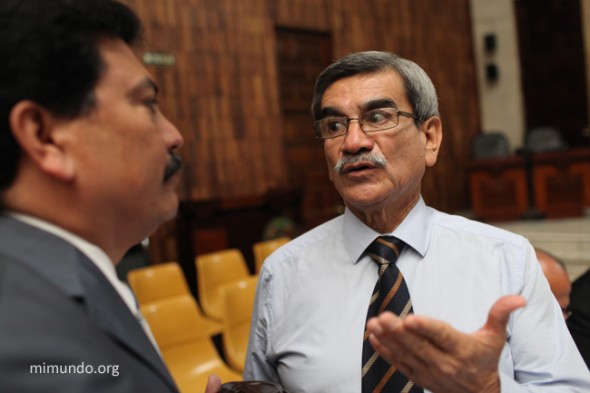 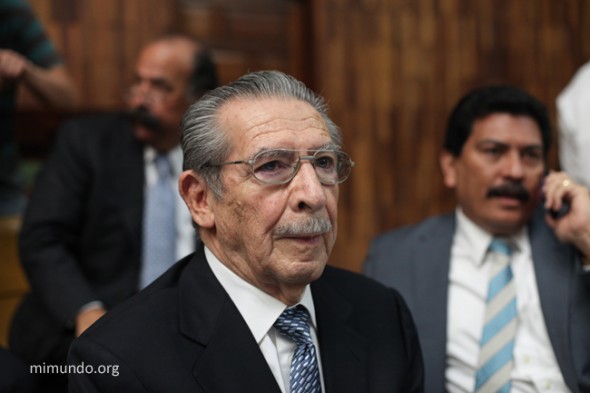 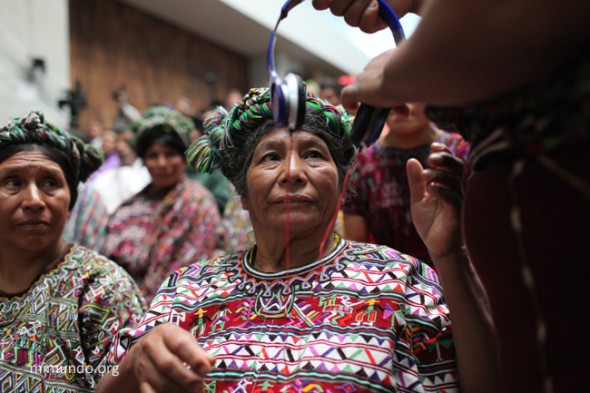 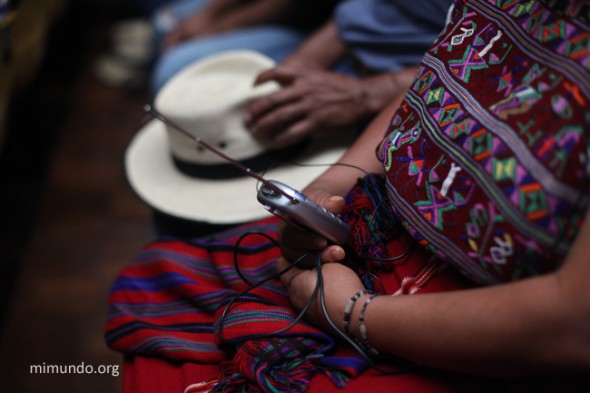 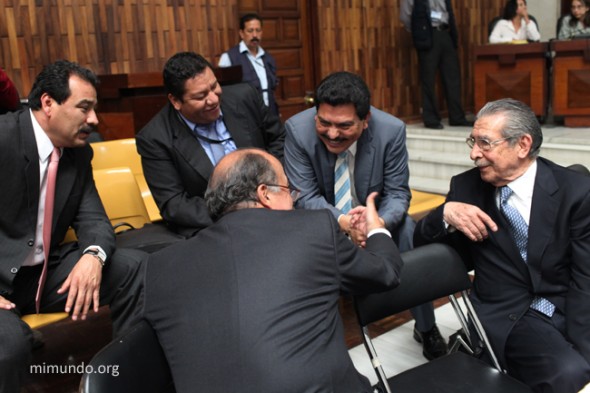 The defense team has a laugh with Rios Montt. 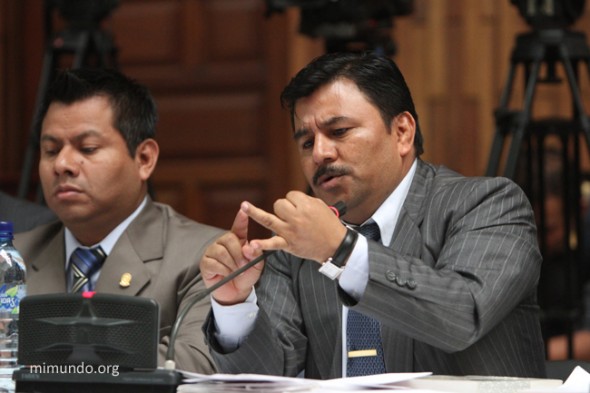 Edgar Perez, prosecution lawyer, declares during his closing statement: “Did the Ixil civilians die in combat? No. They were executed. The [army] attacked children, women, elderly, men, all of whom were unarmed… without clothing… without a roof. We are faced with a transcendental international event. A strong sentence must be dictated.” 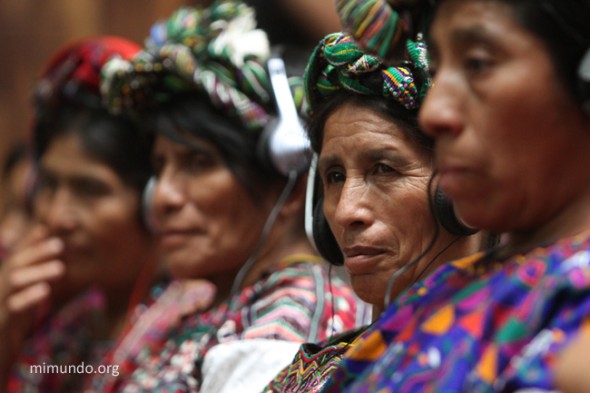 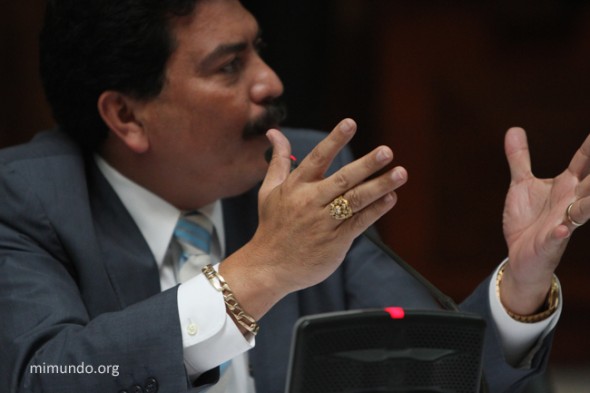 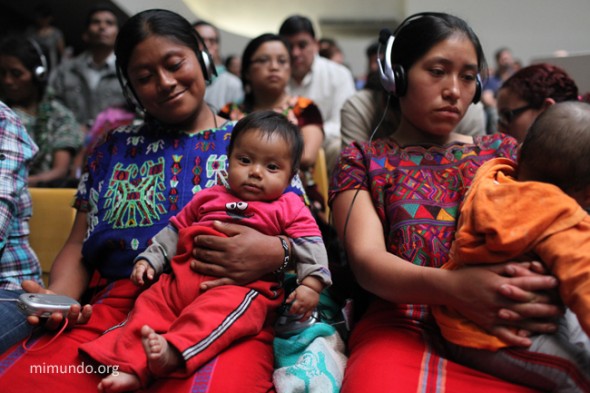 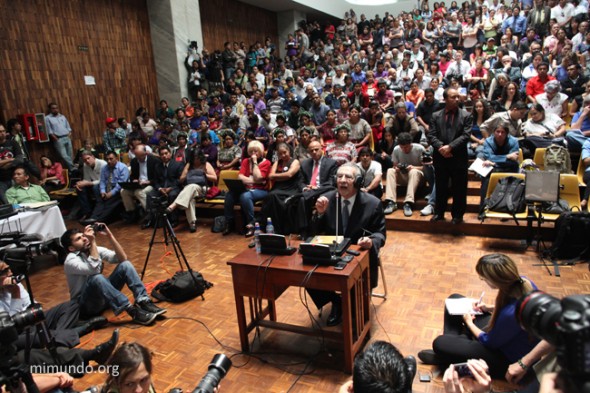 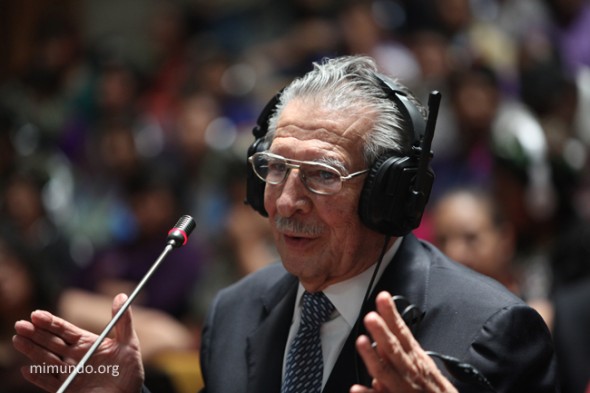 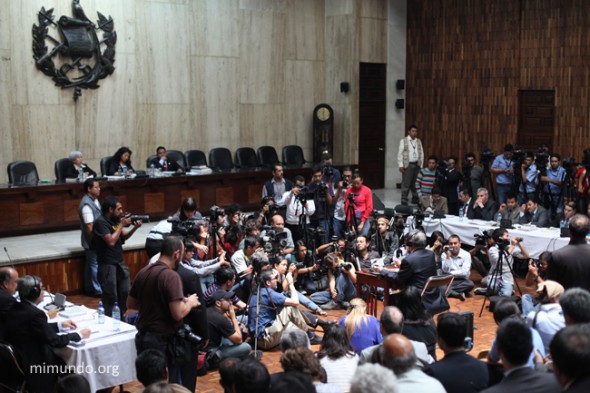 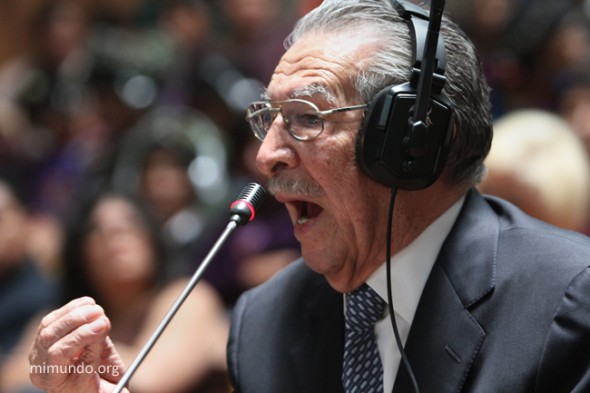 Rios Montt declares: “I never ordered attacks against any race, ethnic or religious group. I never did… I presented myself voluntarily after the order of arrest was issued because I did not commit genocide and I refuse to be called as such.” 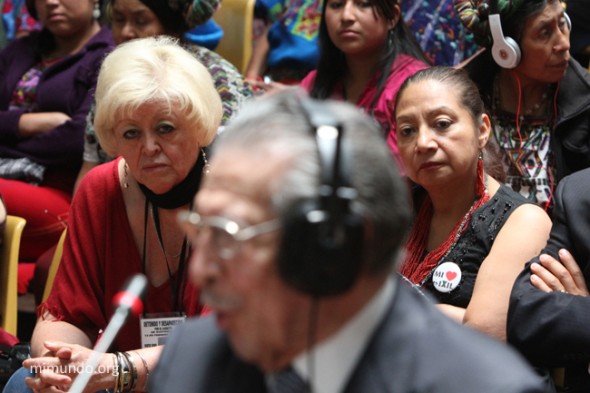 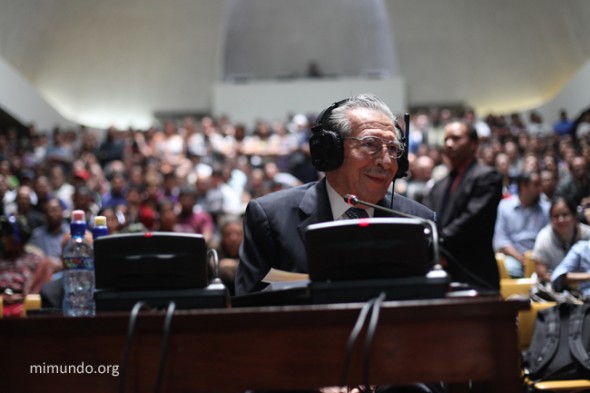 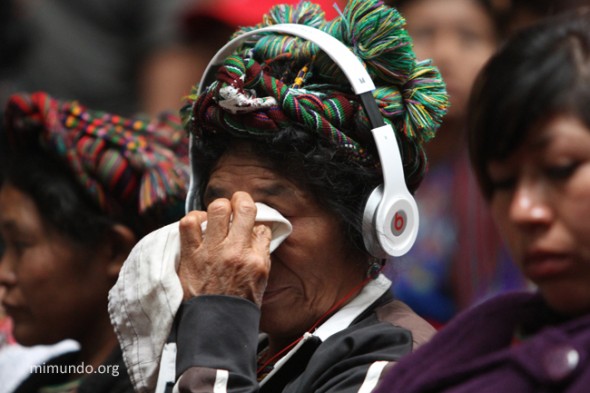 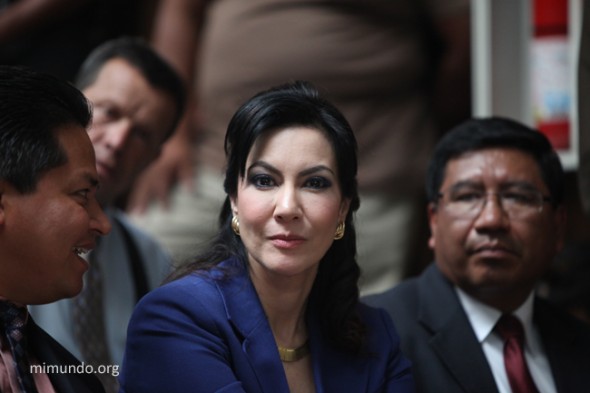 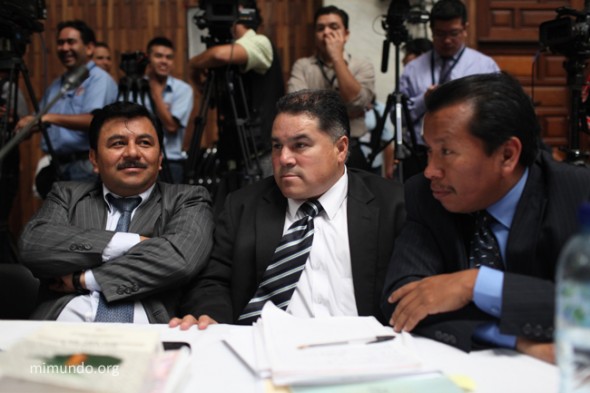 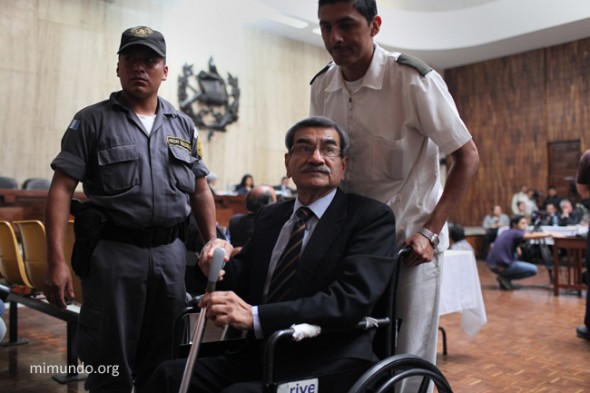 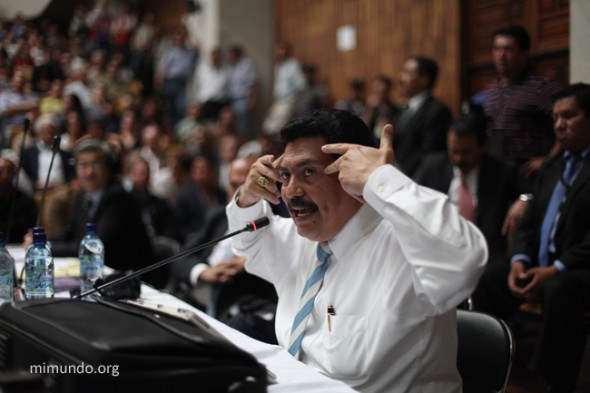 Among defense lawyer Garcia Gudiel’s closing arguments were xenophobic and racist statements where he deemed the United Nations was to blame for interference with Guatemalan internal affairs: “Why does that chinito (equivalent to chink in English) from the United Nations (referring to Korean Secretary General Ban Ki-Moon) send people from the UN here to Guatemala?! He probably does not even know where Guatemala is! The internal problems of Guatemala can be solved by us Guatemalans. We don’t need gringo hippies here who are only parasitic and live off international aid!” 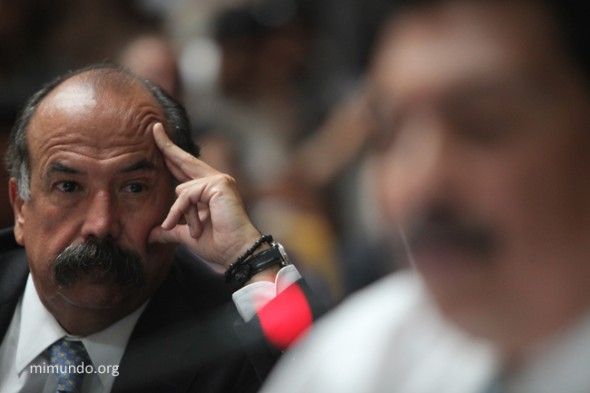 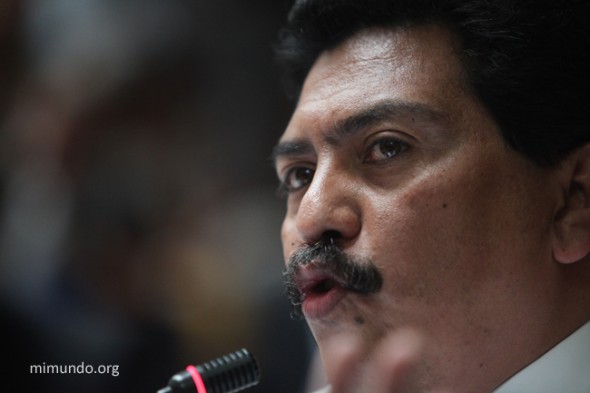 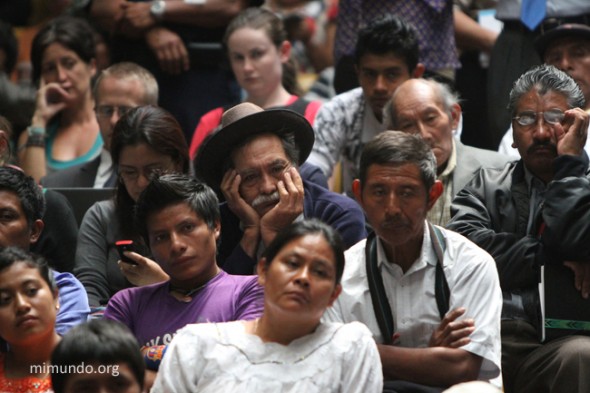 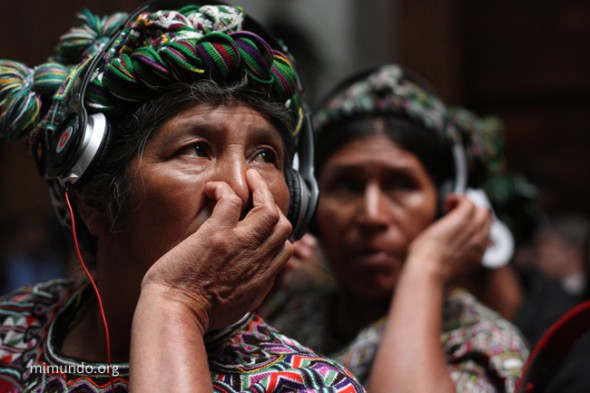 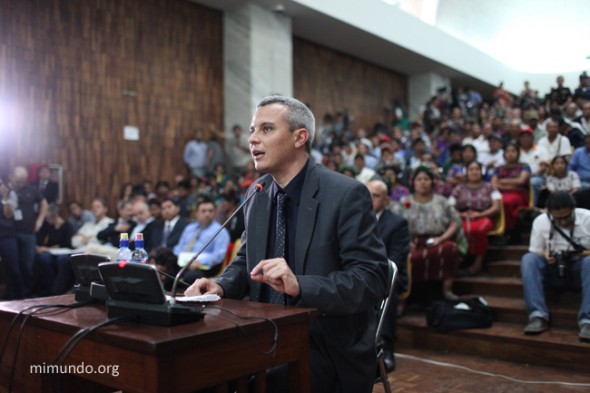 Francisco Soto, executive director of the Center for the Legal Action of Human Rights (CALDH, in Spanish), declares in his closing statement: “We’ve been struggling for justice for 30 years. This isn’t violence, it isn’t vengeance, it’s a right. This is an important moment of historic memory for our country. If we forget, we are condemned to repeat.” 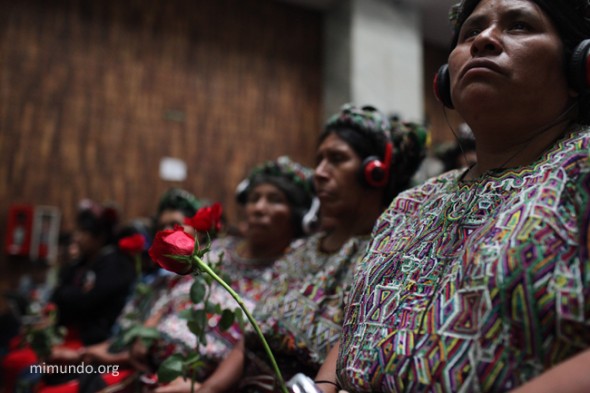 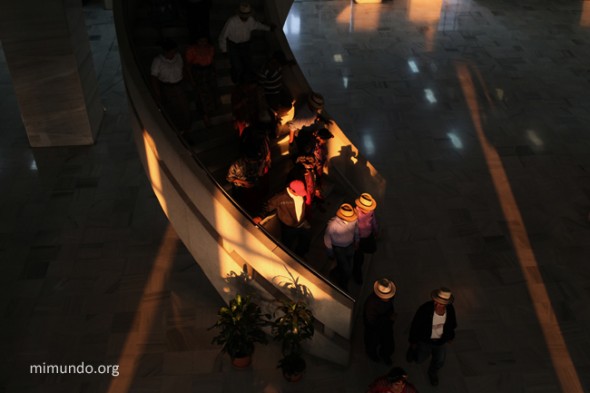