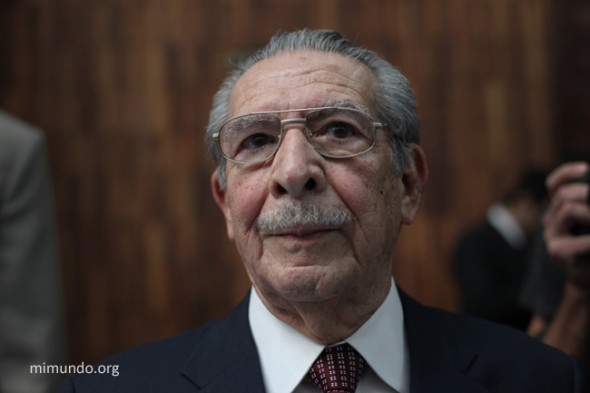 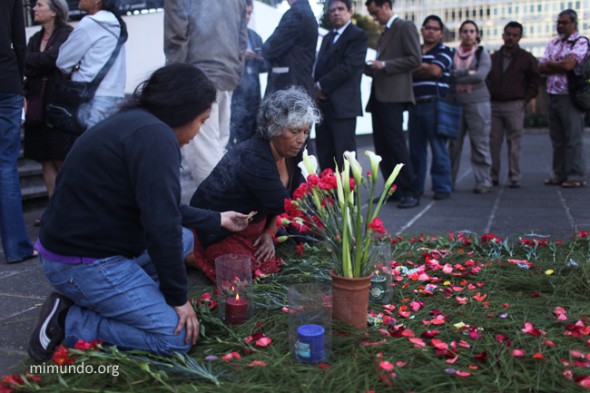 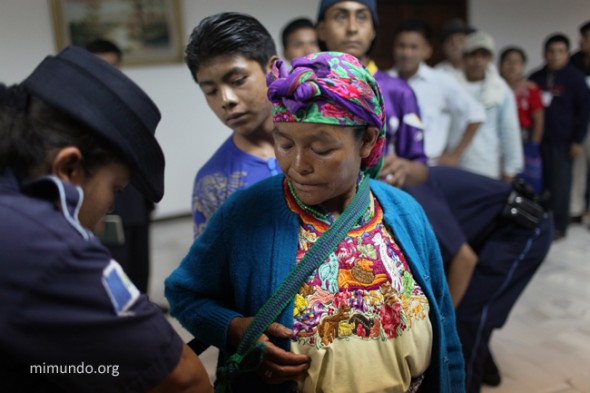 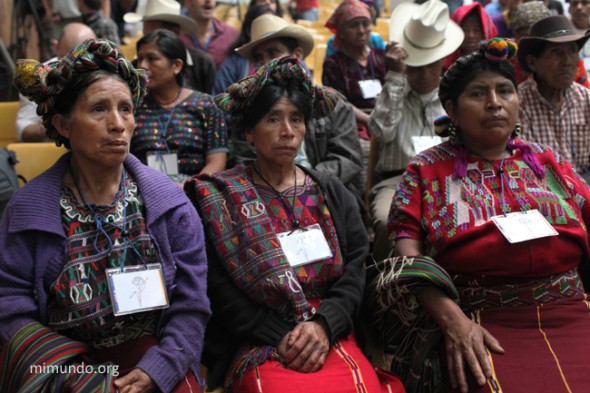 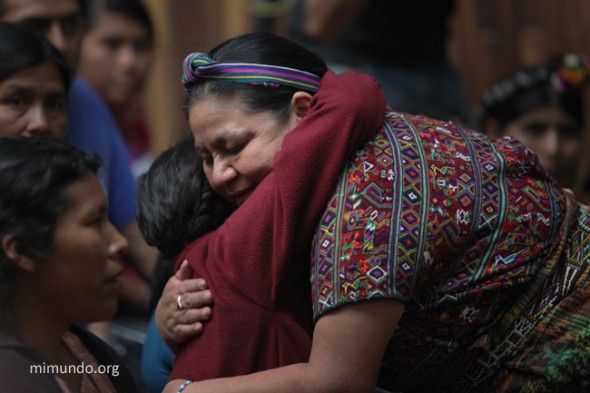 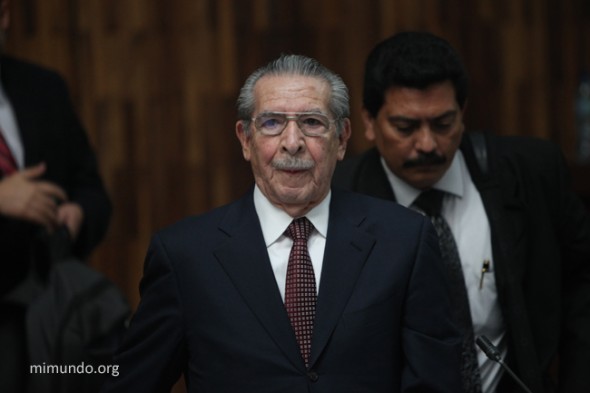 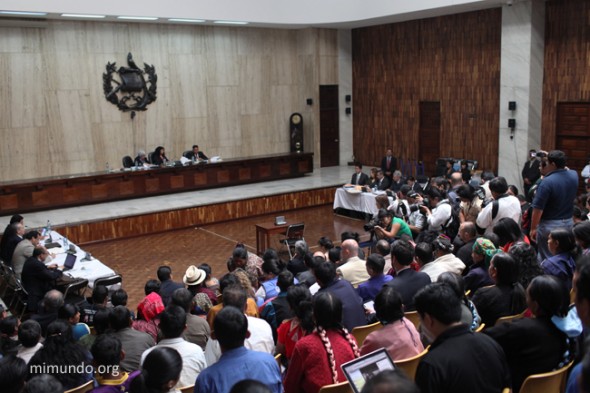 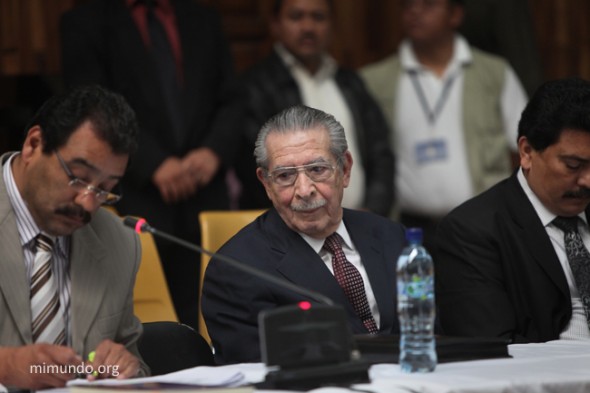 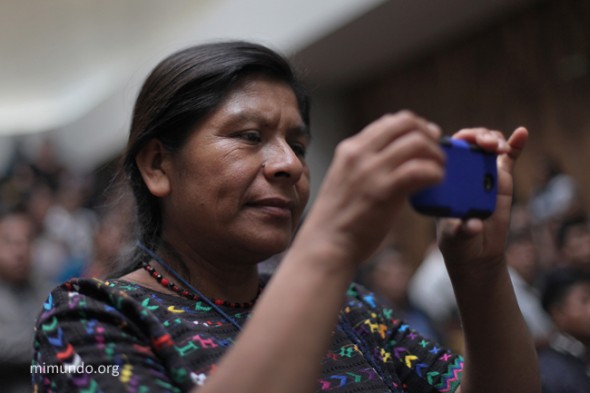 Julia Cortez, former president of the Association for Justice and Reconciliation (AJR) – plaintiff organization in the Genocide case, takes a photo with her cell phone. Ms. Cortez declared: “We feel a sense of dignity for our lost loved ones, as we were unfairly called guerrillas. But today justice will be applied against this general who committed massacres in our communities.” 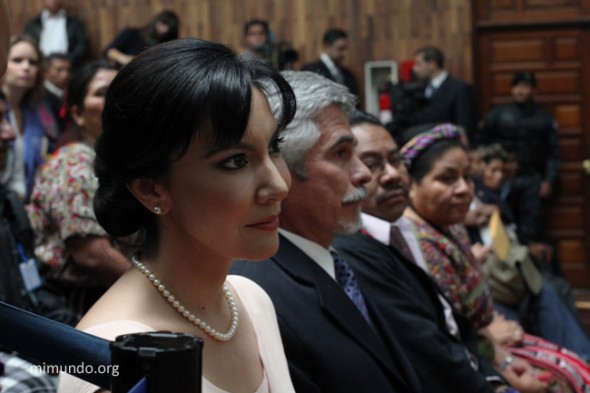 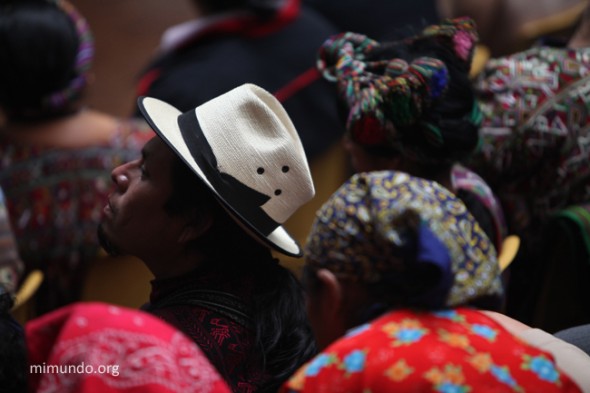 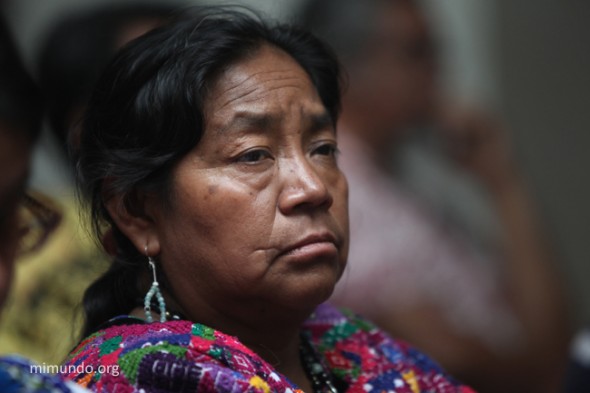 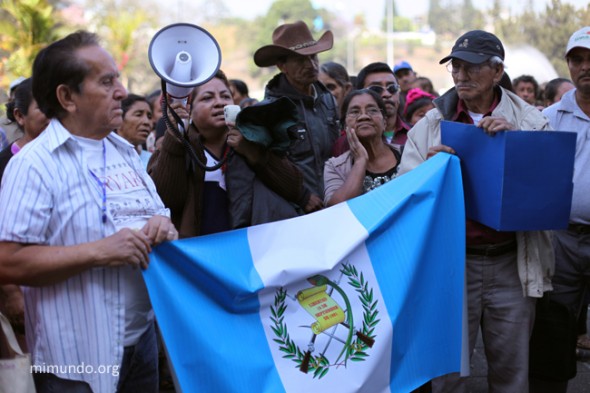 Supporters of Ríos Montt gather outside the court house claiming amnesty for everyone was included in the 1996 Peace Accords. 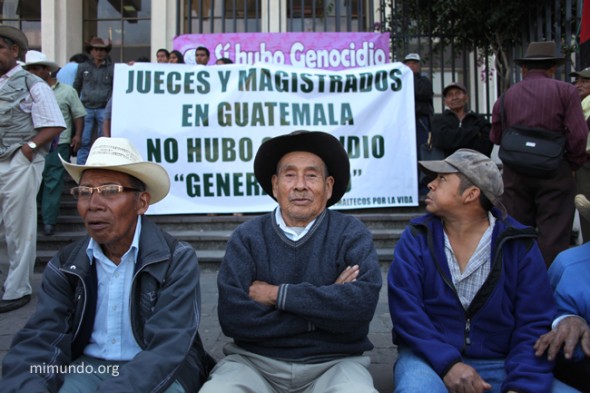 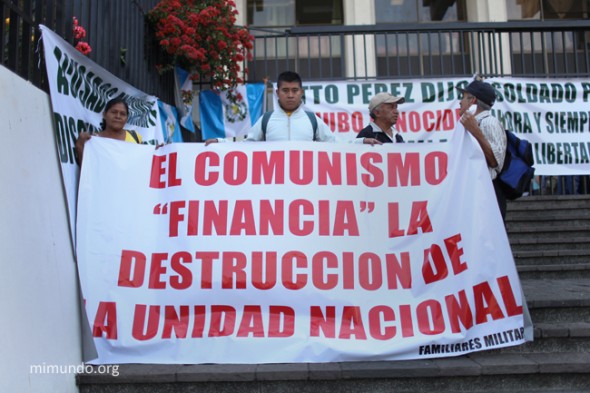 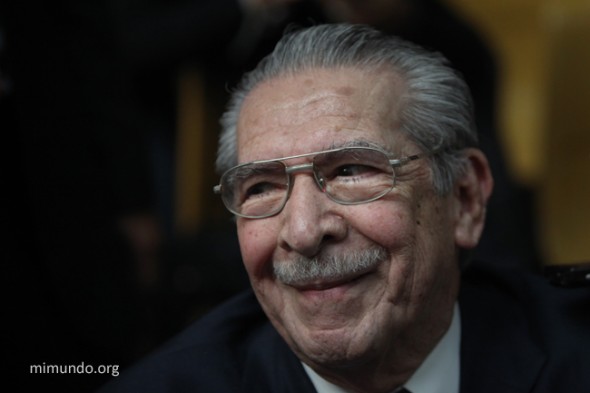