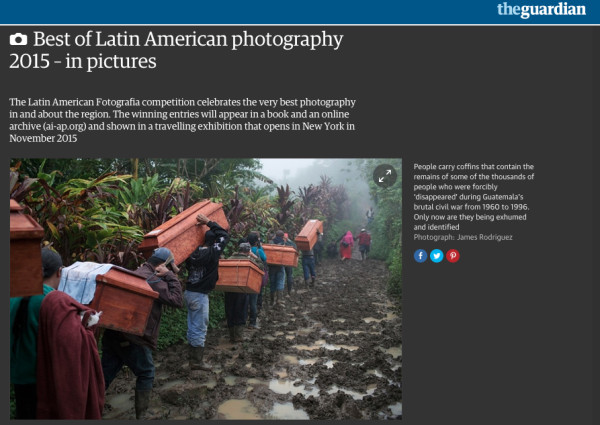 Image included in a The Guardian gallery titled “Best of Latin American Photography 2015 – In Pictures” featuring the winners from the 2015 Latin American Fotografia (LAF) contest. Three images from MiMundo.org were selected for a book and exhibit. September 6, 2015.