2012-05. Third Month of Resistance Against a Radius Gold-owned Mine in Guatemala 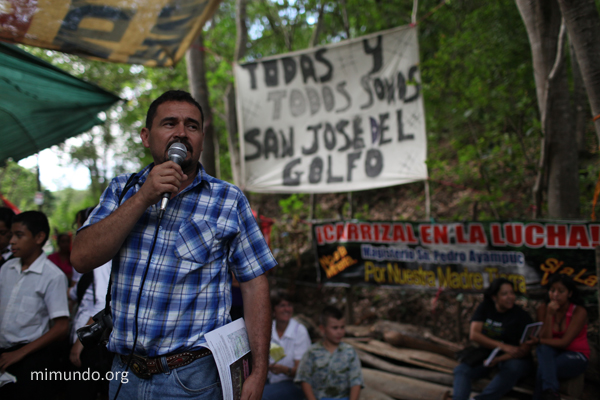 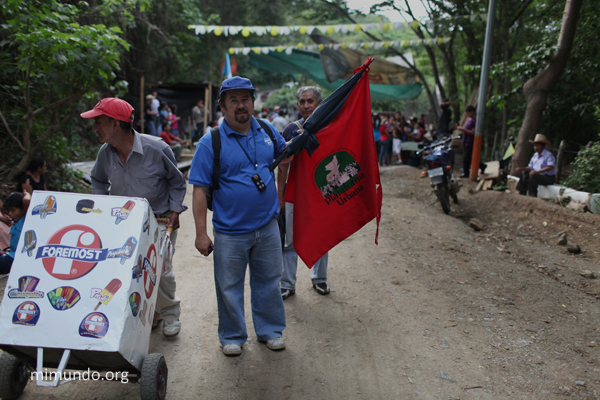 The community members in resistance who have come together to form the so-called North Metropolitan Peoples in Resistance Front (FRENAM), base their principal demand on their constitutional right to a community consultation, or local plebiscite. The industrial mining project began exploratory operations earlier this year without any consent from the local population nor has the government of Guatemala, at any level, carried out a consultation. 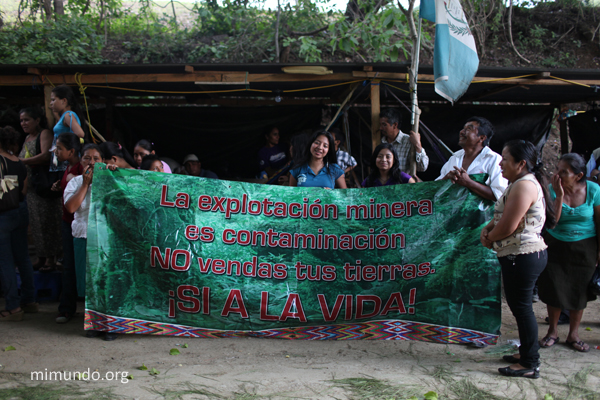 Locals hold a banner in front of the temporary camp that reads: “Mining exploitation is contamination. Do NOT sell your lands. Yes to life!” 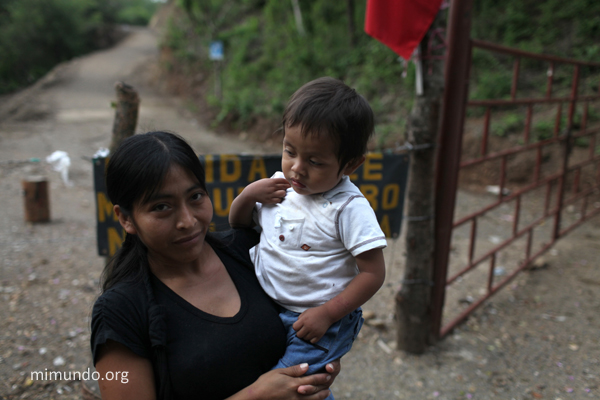 Angelina Noj, from San Pedro Ayampuc, holds her son Esmit in front of the blocked entrance gate to the Tambor mine. 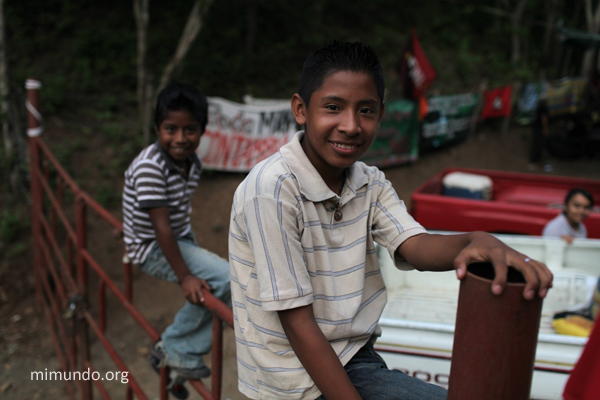 Local children sit on top of the entrance gate to the mining project. Members of FRENAM have blocked all access in and out of the mine since March 2nd, 2012. 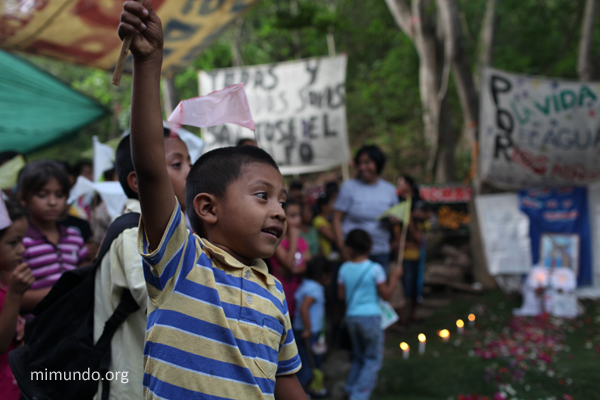 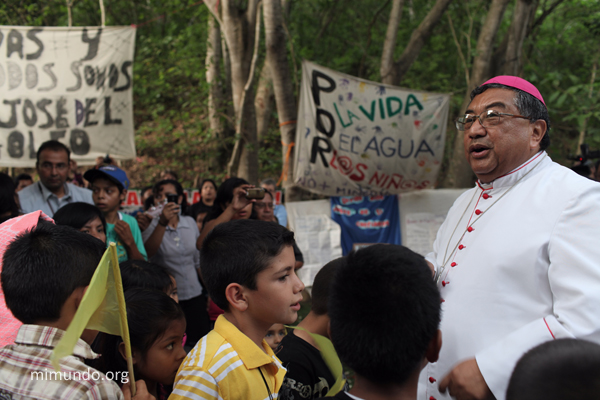 On Saturday May 26th, 2012, the Metropolitan Archbishop of Guatemala, Monsignor Óscar Julio Vian Morales, paid a visit to the temporary camp on his way to the inauguration of a local church. 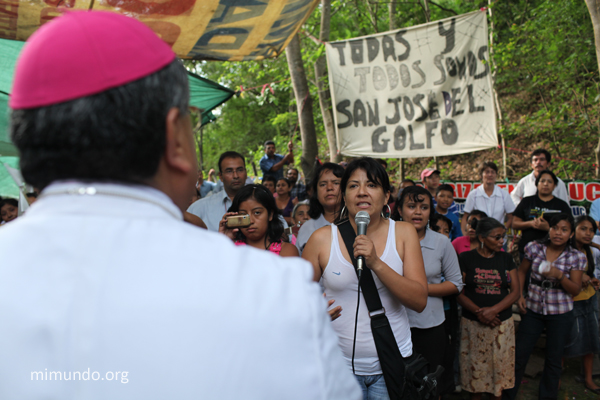 Yoli Oquely Veliz, neighbor from San José del Golfo, pleads Monsignor Vian Morales to support their “pacific resistance in favor of life itself and for the future of their communities and children.” Nevertheless, Monsignor Vian Morales’ visit was rather brief and the Archbishop did not mention anything specific regarding the struggle in San José del Golfo and San Pedro Ayampuc. 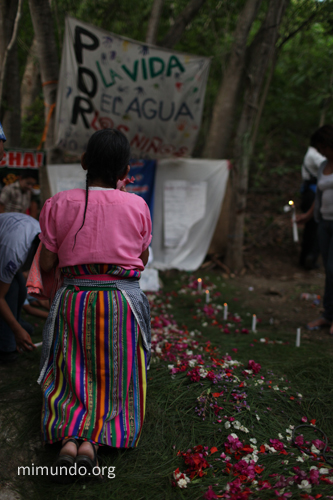 Despite not stating a strong posture verbally, many locals viewed the Archbishop’s visit as a significant one full of symbolism in favor of their struggle. 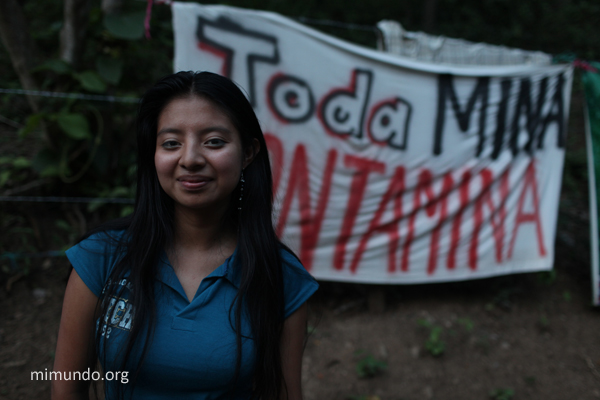 Marleni Morales, from San Pedro Ayampuc, stands in front of a banner that reads: “Every Mine Contaminates.” 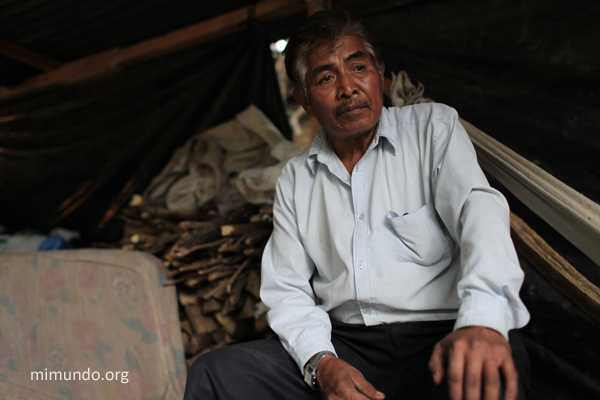 Efren Sinay, from San Pedro Ayampuc, laments the harassment suffered by the locals in resistance. Particularly, Mr. Sinay denounces the events that took place last May 8th, 2012. That night, a little after midnight, several National Police vehicles escorted heavy machinery and attempted to enter the mining site by force.  Locals quickly gathered numbers and managed to avert the convoy. 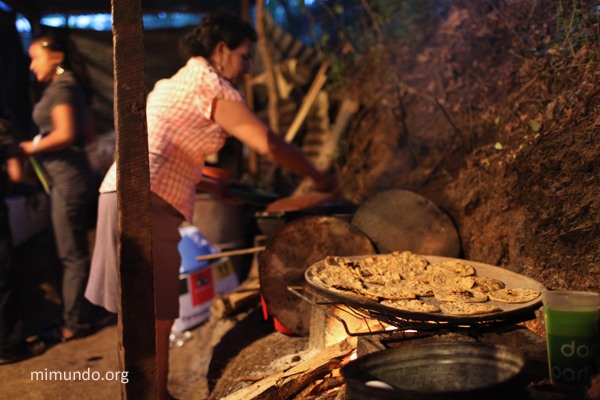 Members of FRENAM prepare tortillas in order to feed those protesters who will spend the night under the temporary shacks outside the entrance gate to the Tambor gold mine. 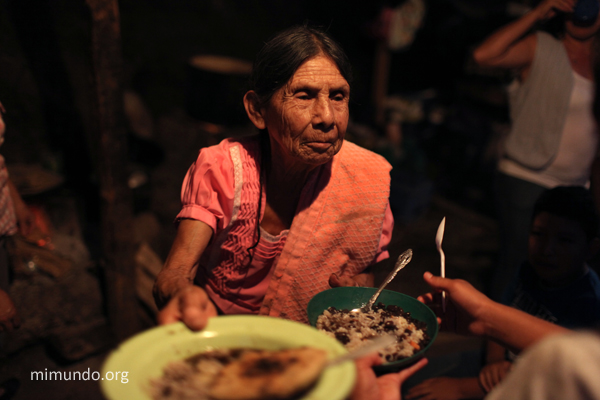 “The Grandmother”, a neighbor from San Pedro Ayampuc, serves dinner plates made up of rice, black beans and corn tortillas. 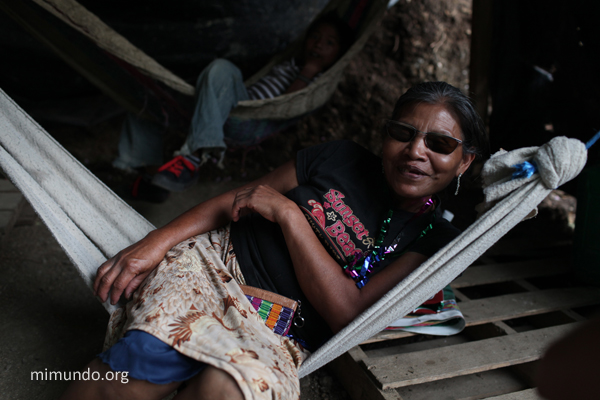 Isidra Bac, from San Pedro Ayampuc, lays in a hammock as she prepares to sleep over in the temporary protest camp. This will be her fifth full night since the protest began on March 2nd. Ms. Bac believes the excellent organization by the locals has helped their cause, as a well balanced rotation has kept anyone from living permanently outside the company’s gate. 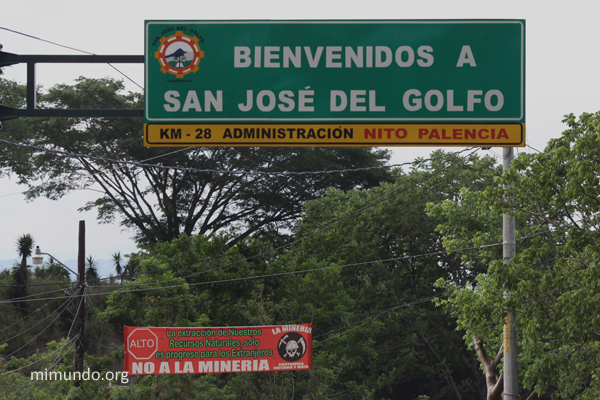 Behind the official welcome sign to San José del Golfo, locals have hung a large banner that reads: “Stop! The extraction of our natural resources means only progress for foreigners. No to Mining! Mining contaminates, sickens and kills.” 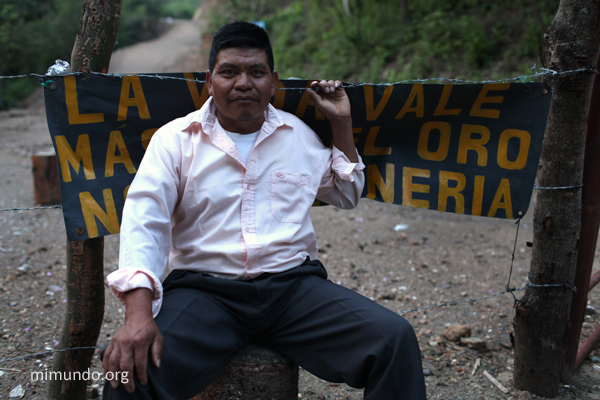 Arcadio Monroy, from San Pedro Ayampuc, sits in front of the entrance gate to the Tambor project. Local members of FRENAM have vowed to continue their peaceful resistance until their constitutional right to a community consultation is approved and carried out. Despite their resistance, FRENAM published a communiqué on May 30th stating the possibility of an imminent eviction carried out. (1)

Seven-minute video published by the Committee for Peasant Union (CUC) in Spanish only.

This photo essay was made possible with the logistical support of Rights Action and the Department of Geography from the University of Northern British Columbia (UNBC) in Canada.

7 thoughts on “2012-05. Third Month of Resistance Against a Radius Gold-owned Mine in Guatemala”