2014-03. Peoples’ Encounter in Resistance Against the Extractive Mining Model in Mexico 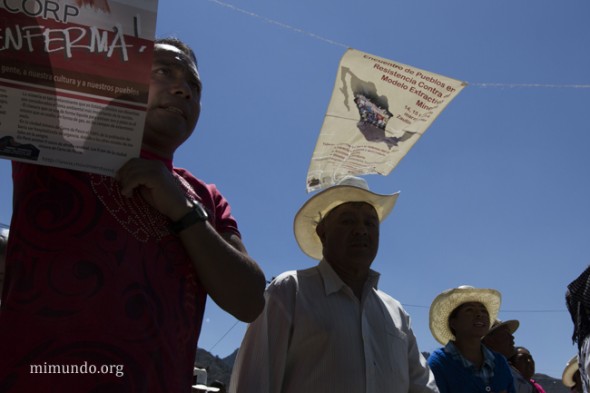 The Mexican Network of Mining-Affected Peoples (REMA, for its initials in Spanish) and the Mesoamerican Movement against the Mining Extractive Model (M4) organized a three-day nationwide encounter in the Northern Sierra of Puebla where hundreds of mining-affected community members from numerous states participated in talks and workshops where experiences, strategies for the defense of the territory, and socio-environmental impacts were shared and exchanged.

According to data from 2013, there are 857 exploration and exploitation mining projects distributed in 16 Mexican states. Jaime Martínez Veloz, head of the Commission for Dialogue with Indigenous Peoples, declares: “In Mexico there are at least 30 red flag areas where the land dispute between indigenous communities and foreign mining companies can quickly deteriorate into civil insurrection… The main problem is that these companies do not view the local indigenous peoples as partners, but rather as a hindrance. They also exploit the workers and the settlement zones.” (1) 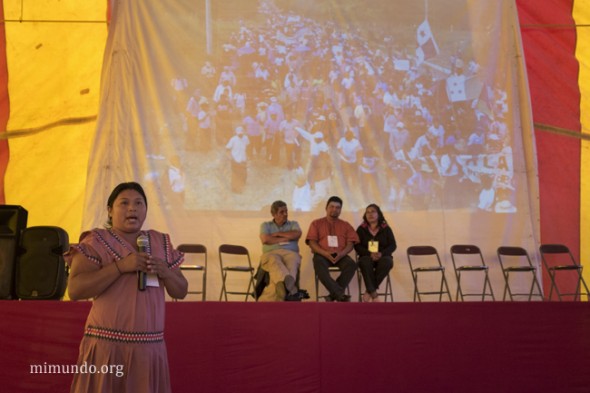 Omaira Silvera, member of the Coordination for the Defense of the Natural Resources of the Ngäbe Buglé Indigenous Reserve in Panama, recounts the events that took place in 2012 where a resistance movement was crushed by government repression and led to the death of two protesters. A dialogue table with the autonomous region eventually gave way to the cancellation of 25 mining concessions and 147 hydroelectric projects, spanning 6,968 squared kilometers, which had been given unilaterally by the government within the Ngäbe Buglé territory. 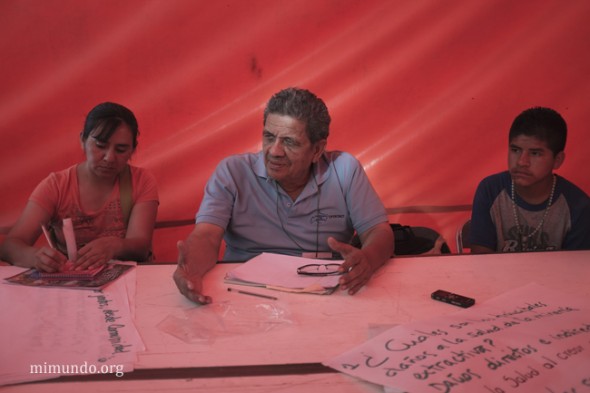 M.D. Juan Almendarez (middle), a historic Honduran public figure, declares during a workshop on the mining impacts on health: “Let us not fall into the traps of reductionism by seeking only to blame cyanide or arsenic. The mining industry eventually destroys all biodiversity in a place, which affects life itself in numerous ways that sometimes these impacts cannot always be measured by our technology.” 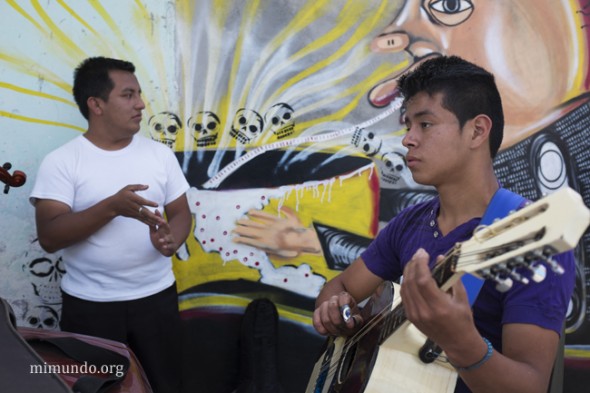 Carmelo Bonilla (left), 20, and Bonifaz Martínez Hernández, 15, from Xochitlán, Puebla, and members of the music group Corazón Huasteco, prepare to perform an original anti-mining song in the Son Huasteco style. 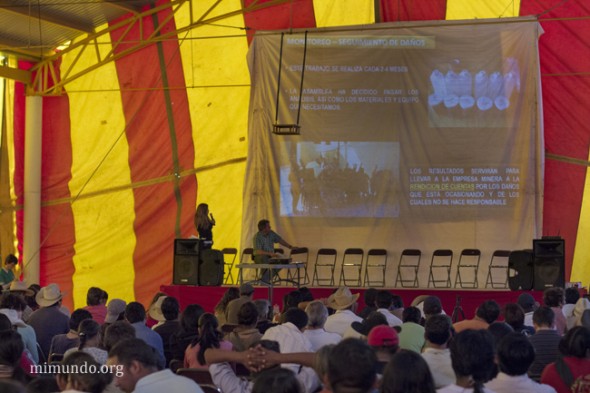 Diana Vargas, health promoter for the Ejido of Carrizalillo, in Guerrero, presents the negative environmental and health impacts suffered by the local population since Goldcorp’s Los Filos open pit gold mine began operations in 2009. “Absolutely every family has at least one member who suffers from one or more mining-related ailments: slight or severe irritation in the eyes, skin, ears, respiratory tracts, gastrointestinal system, or premature births.” (2) 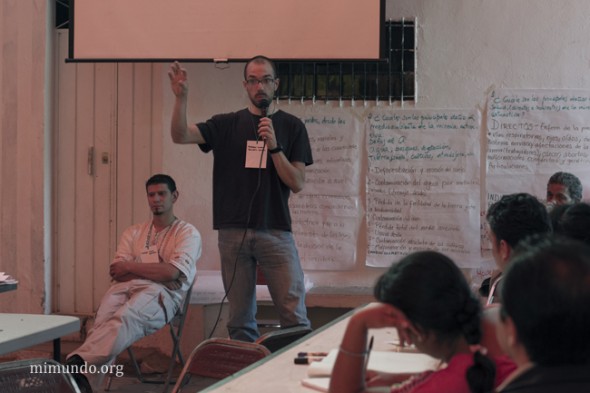 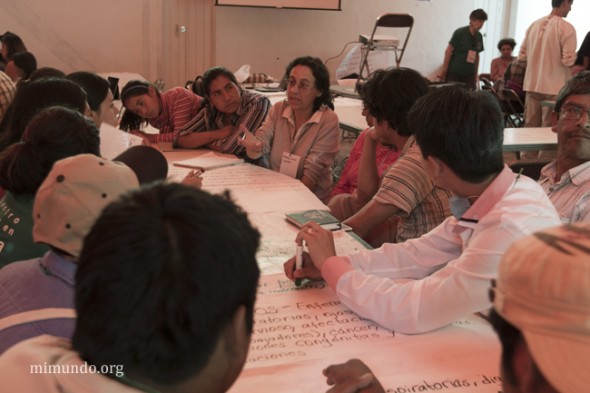 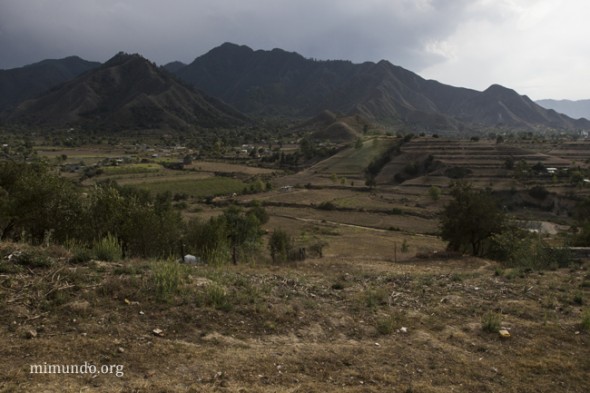 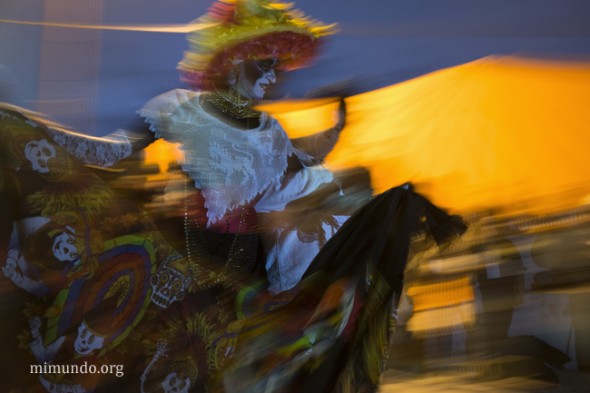 A participant dressed as La Catrina dances during an evening event. The character of La Catrina, created in 1910 by the Mexican satirical cartoonist and illustrator Jose Guadalupe Posada, symbolizes a betrayal to one’s origins. La Catrina, wearing a European hat common during the beginning of the 20th century, represents people of indigenous or mestizo heritage who wish to be and live like Europeans or foreigners. 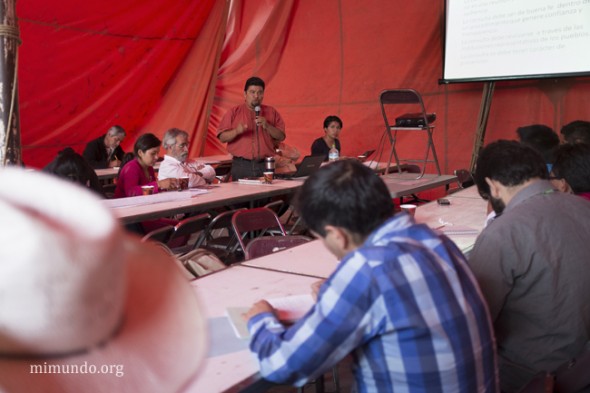 Francisco Rocael, Poptí Mayan and member of the Huehuetenango Departmental Assembly (ADH, for its acronym in Spanish) in Guatemala, shares the organization’s experience of having organized dozens of community consultations as a way to shield the territories before mining companies establish themselves in Guatemalan indigenous communities. Since 2005, over eighty consultations have been carried out in Guatemala with roughly one million people voting practically unanimously against extractive projects. 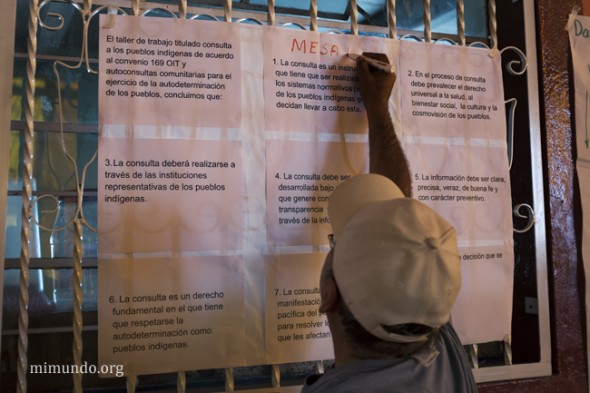 A participant writes a workshop’s conclusions on a flip-chart. 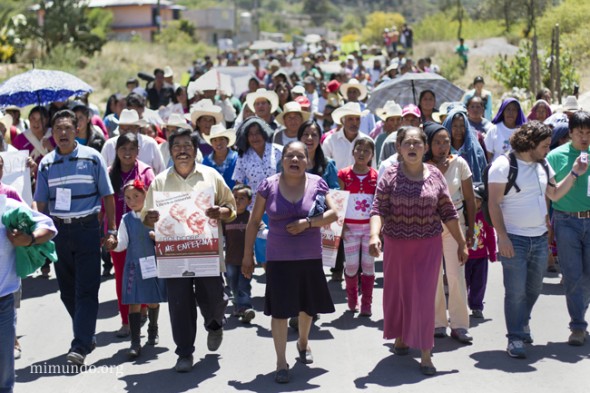 Local residents from the municipality of Zautla join the Encounter’s participants during a peace walk in opposition to metal mining through the streets of Tlamanca. 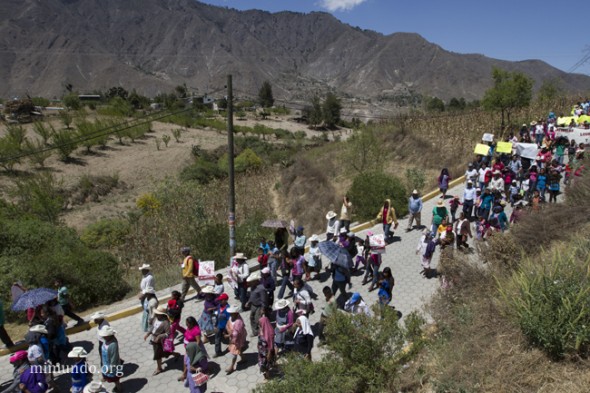 In November 2012, a significant number of local residents from Zautla came together to fiercely reject an exploration project beginning to operate in Tlamanca by the Chinese mining firm JDC Minerals. The General Assembly from the 32 Communities of Zautla unanimously presented an ultimatum to the mining firm, which conceded and left the premises immediately. (3) 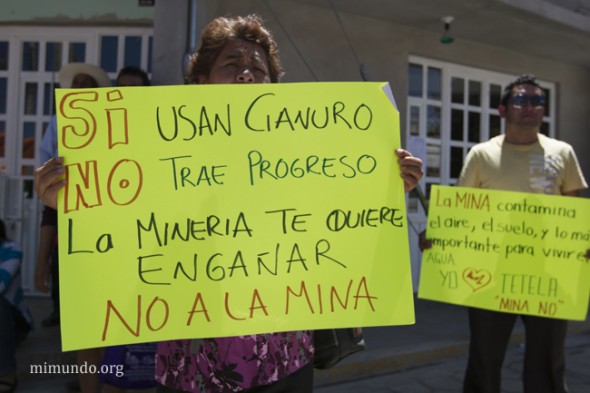 Local residents from Zautla hold signs that read: “If they use cyanide, it does not bring progress. The mining industry wants to fool you. No to the mine!” 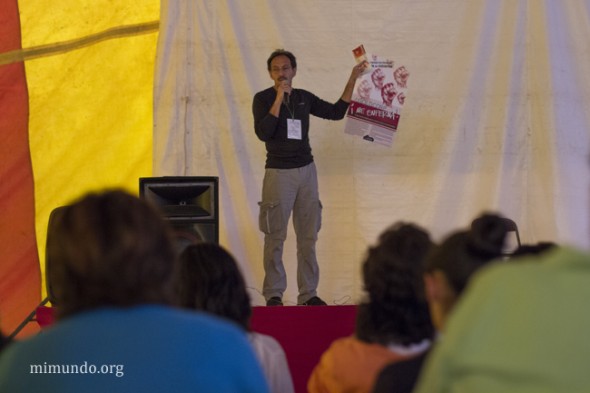 Miguel Mijangos, from Procesos Integrales para la Autogestión de los Pueblos (PIAP) and co-founder of both REMA and the M4, concludes the encounter by presenting the M4’s latest campaign deemed Goldcorp Makes me Sick! The campaign’s communiqué expresses: “From the social movements we want to bring attention to the devastation caused by this iconic company of the mining industry and reprimand Goldcorp in order to strengthen the resistance against the extractive mining model.” (4) 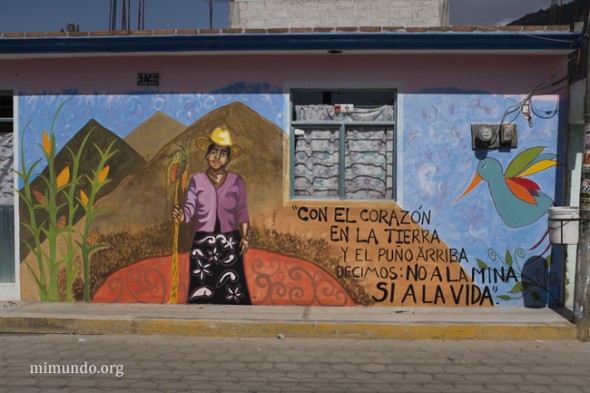 Mural decorating a home in Tlamanca reads: “With our hearts on the Earth and our fist raised high, we claim: No to the Mine, Yes to Life!”

One thought on “2014-03. Peoples’ Encounter in Resistance Against the Extractive Mining Model in Mexico”